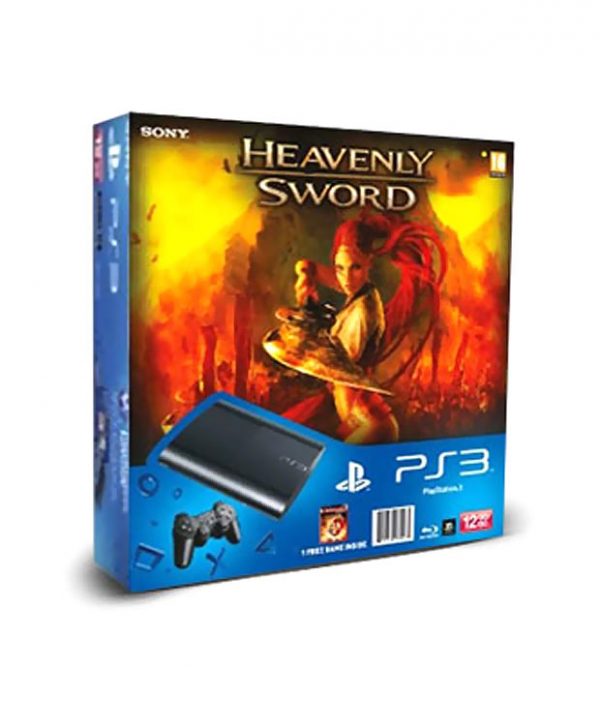 The PlayStation 3 console provides for superior storage and connectivity options. It features a pair of USB 2.0 drives for easy connectivity of USB peripherals along with 12GB of internal storage space. Moreover, the console can be connected to the home network or to the internet easily withinbuilt Ethernet support, which is compatible with 10BASE-T, 10BASE-TX and 1000BASE-T protocol support. Additionally, it supports Wireless IEEE 802.11 b/g and Bluetooth 2.0 connectivity as well.

The new Sony PlayStation 3 console comes with various AV Output systems. The device supports various resolutions such as including Full HD 1080p, 1080i; 720p HD as well as 480p and 480i. For PAL based systems, it supports 576p and 576i resolutions too. The console features 1x HDMI Output, 1x AV Multi Output and 1x Digital Output for superior connectivity to various types of television sets and display systems. Heavenly Swords comes bundled with the console.