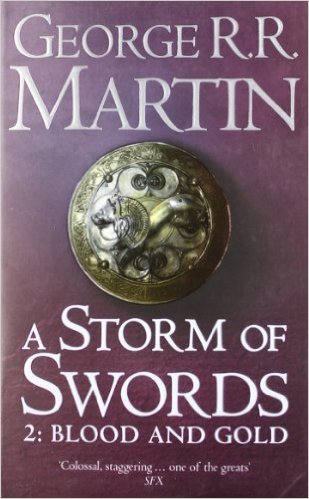 A Storm of Swords : Blood and Gold (A Song of Ice and Fire)

The third volume, part two of A SONG OF ICE AND FIRE, the greatest fantasy epic of the modern age. GAME OF THRONES is now a major TV series from HBO, featuring a stellar cast.

The Starks are scattered.

‘Of those who work in the grand epic fantasy tradition, George R.R. Martin is by far the best’
Time magazine

‘Colossal, staggering… all the intoxicating complexity of the Wars of the Roses or Imperial Rome’
SFX