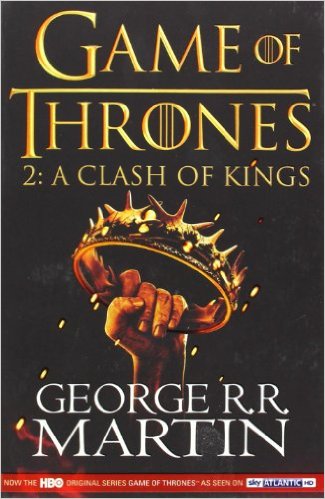 A Clash of Kings (A Song of Ice and Fire)

The second volume of A Song of Ice and Fire, the greatest fantasy epic of the modern age. Now a major Sky Atlantic TV series from HBO, featuring a stellar cast.

‘Martin has captured the imagination of millions’ Guardian

‘Nobody does fantasy quite like George R.R. Martin’
Sunday Times

‘Colossal, staggering… Martin captures all the intoxicating complexity of the Wars of the Roses or Imperial Rome’
SFX

George R.R. Martin is the author of fourteen novels, including five volumes of A SONG OF ICE AND FIRE, several collections of short stories and numerous screen plays for television drama and feature films. He lives in Santa Fe, New Mexico.

There are no reviews yet.